Last weekend I really wanted a churro (crispy fried dough covered with cinnamon and sugar) but I don’t love deep frying things at home and Disneyland is completely out of the question during these times. Then I had an epiphany. With a proper waffle batter that produces a crispy exterior and soft, fluffy interior, I could maybe brush on butter all over it and quickly coat in cinnamon and sugar. But that would be too messy and blotchy with the cinnamon/sugar coating. After looking around the web, I found an intriguing recipe. The author uses a pastry dough, Pâte à Choux, that is a fairly simple dough used to make cream puffs, eclairs and profiteroles. I’ve made cream puffs multiple times before and am familiar with the dough, so I thought I’d give it a try. The main idea that drew me to this recipe was that this type of dough typically uses a lot of eggs and butter making it more rich and flavorful than a simple buttermilk waffle batter. Genius. And when fresh out of the waffle iron, the cinnamon and sugar sticks to the waffles with no extra butter needed since there is so much in the batter already. I help it along by sprinkling the cinnamon mixture over each waffle divot, then turn to coat the edges of the entire waffle.

The result? Light and crispy exterior crust with a soft, fluffy, buttery, eggy center that almost melts in your mouth. The cinnamon/sugar coating tops it off and makes me think of a more delicate, non-fried version of Disneyland’s Churros. This tastes the best served warm and fresh from the waffle iron.

I used a Belgium waffle iron, but I don’t think greasing the waffle iron was necessary for me since there is so much butter in the batter, but feel free to grease it if you feel your waffle iron needs it. For waffles that were sitting out on the counter for a bit and cooled down, I toasted it in a 350° F degree toaster oven for about 4 minutes or until it was hot. The interior wasn’t as soft as freshly made, but was still good! Leftover waffles that were coated with the cinnamon mixture and stored in an airtight container overnight in the refrigerator was toasted the same way (350° F degrees for about 5 minutes or until hot) produced a crispy crust, but, again, had a drier interior. That was quickly solved by spreading on some Nutella over the top and it was like a whole new dessert. Definitely recommend topping it with something like Nutella, chocolate sauce, vanilla ice cream, or whipped cream for either fresh churro waffles or reheated leftover waffles. This recipe makes a TON of batter. I was able to get about 9 waffles, but the amount will always vary depending on how much batter is used per waffle and how large your waffle iron is. If just making at home for a small family, I would suggest halving the recipe to get roughly around 4-5 waffles.

Here is a quick little video I made for Instagram with the end showing the inside of the waffle! If you give this recipe a try, let me know in the comments below how you liked it!

This pastry dough, Pâte à Choux, is a popular versatile dough used for cream puffs, eclairs and profiteroles. It's very easy to make and cooking it in a waffle iron eliminates any worry about it collapsing or not creating an air bubble in the center while baking as you would normally if making typical cream puffs and the like. These waffles have a light and crispy crust with a fluffy, eggy, buttery center that almost melts in your mouth. Coated with cinnamon and sugar mixture for a super delicious treat that reminds me of a delicate, non-fried version of Disneyland churros. Recipe adapted from cookingwithbooks.net.Makes: 8-10 Belgium waffles (depending on size of waffle iron and how much batter used per waffle)Recipe is easily halved!
Prep Time 20 mins
Cook Time 45 mins

Getting ready for Easter! Made some cute bunny sau

I made sugar cookies for a unicorn and galaxy fana 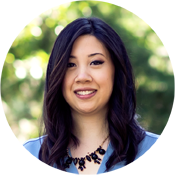 Load More Photos
The Little Ruby © 2022. All Rights Reserved.
Loading Comments...
Share this ArticleLike this article? Email it to a friend!
Email sent!